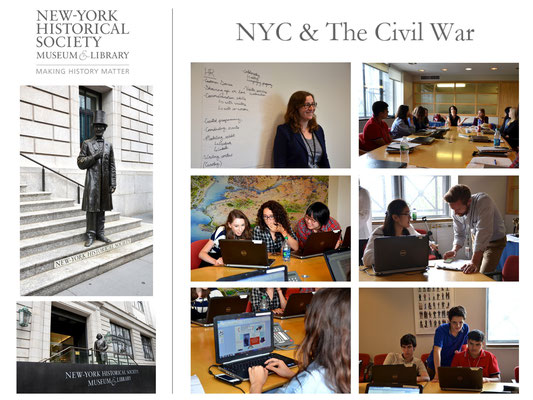 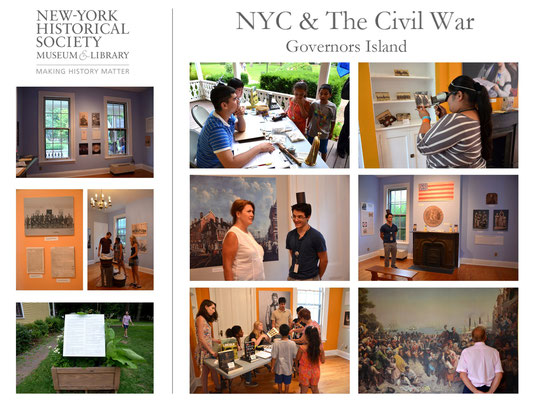 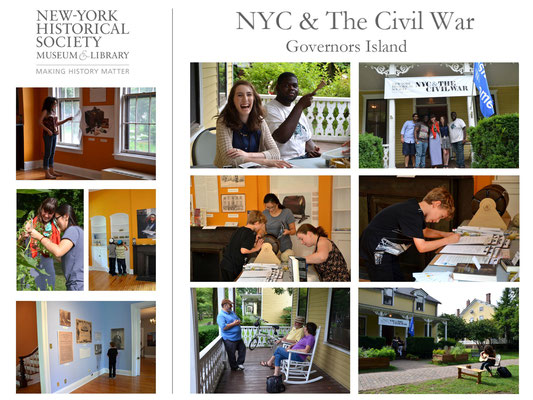 The exhibition portrayed a nuanced view of the Civil War using reproductions of photographs, newspapers, and works of art. They showed multiple perspectives and the complexities that arose in New York during the period of the American Civil War.

The New-York Historical Society, one of America’s pre-eminent cultural institutions, is dedicated to fostering research, presenting history and art exhibitions, and public programs that reveal the dynamism of history and its influence on the world of today. Founded in 1804, New-York Historical is the oldest museum in New York City whose mission is to explore the richly layered political, cultural and social history of New York City and State and the nation, and to serve as a national forum for the discussion of issues surrounding the making and meaning of history.

The Student Historian program is a comprehensive internship and youth development program that gives students vocational and academic training, public speaking and leadership skills, and an increased understanding of American art and history. Through object and inquiry-based learning, students broaden their academic perspective, increase their confidence in professional settings, and enhance their knowledge of fulfilling careers in the museum world. 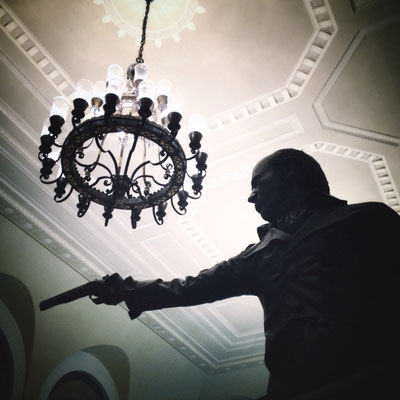 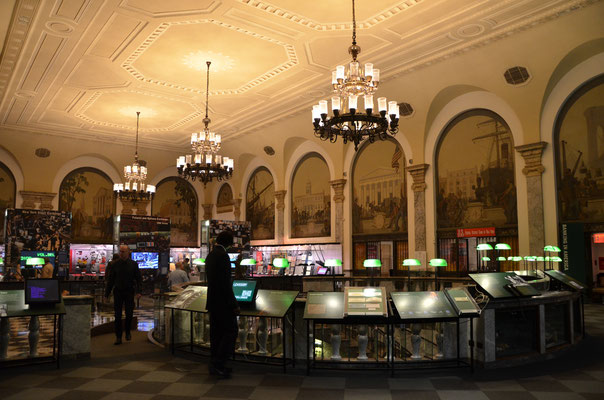 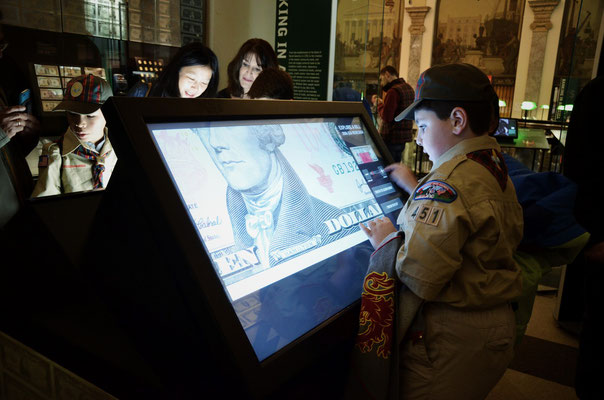 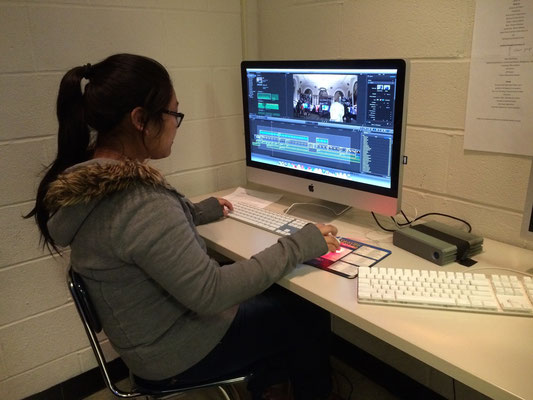 I was the creative producer of a unique partnership in collaborative education, between the Museum of American Finance (MoAF), Stuyvesant High School, in association with Placer Partners / The Putney Financial Group and GWG Life.  I project managed - working closely with each partner and with the students - and also documented, filmed, edited, photographed, and created a specialized website to showcase the collaboration.

This special project had a multi-faceted aim: promotional films were created for MoAF which highlighted both MoAF and Stuyvesant High School's strength as leaders in education.  Through generous support of the private sector, the students of Stuyvesant High School learned in-depth understanding of the museum as a civic organism, critical interviewing skills, high level editing, narrative structure, and the importance of collaboration.

The Museum of American Finance is the nation’s only independent museum dedicated to preserving, exhibiting and teaching about American finance and financial history. The Museum is an independent, non-profit 501(c)(3) Smithsonian affiliate creating non-ideological presentations and programs for purposes of education and general public awareness. Financial education is at the core of the Museum’s mission, seeking to promote lifelong learning and inquiry.

Stuyvesant High School is noted for its academic programs, having produced many notable alumni including four Nobel laureates.  News & World Report ranked it as one of the best high schools nationwide in their list of America's best "Gold-Medal" public high schools. 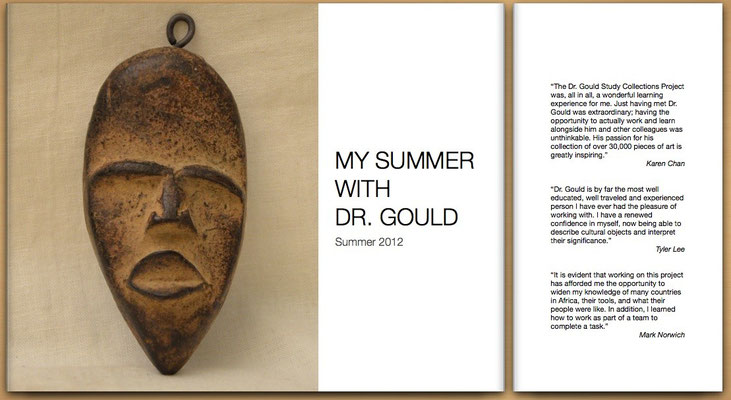 I was the creative producer of the Dr. Gould Study Collections Project: a partnership between Dr. Philip Gould (Art Historian, Professor Emeritus from Sarah Lawrence College, Ethnographic Art Collector and Lecturer), student interns from Stuyvesant High School, and Ray Lent of Placer Partners / The Putney Financial Group. My role was to project manage, film and photograph, and I was also commissioned to create a book to showcase this one-of-a-kind project.

Over the years, Dr. Philip Gould has amassed an immense collection of African tribal art and artifacts which adorn his Manhattan apartment. The interns cataloged a portion of the collection, complete with a picture and museum-label description.  This experience used primary source objects to teach about art history.  The interns engaged history at a higher level using the senses.  The project aimed to allow other students to touch and hold these pieces of history and enhance the learning experience. 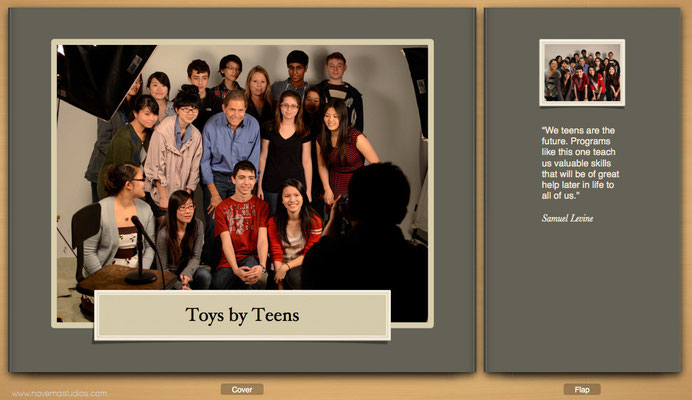 I filmed, photographed and created a book to showcase Toys by Teens, an incredible entrepreneurial company.

Teen Entrepreneur Boot Camp, a not-for-profit group based in New York City, has created a real, live, working business model to teach high school students about entrepreneurship. Dr. Howard Wexler, inventor of the game Connect Four, donated a new idea for the students to launch into the marketplace, and thus the toy company Toys By Teens, LLC was born.

Students conducted market research, worked on game design, development, and revision, and publicized the product through numerous outlets, including a introductory focus group. The product, Flip ‘N’ Check, eventually made its way onto the shelves of stores, with the revenue earned from sales recycled back into the program to fund future teams of students.